The International Federation of Association Football (FIFA) has suspended Zimbabwe’s and Kenya’s memberships over government interference in the countries’ football associations.

Zimbabwe authorities say they were acting against corruption, incompetence and sexual abuse. Zimbabwe’s football association denies the allegations, which FIFA says should be investigated without the government’s interference.

“We had to suspend two of our members associations, Kenya and Zimbabwe, both for government interference in the activities of the football associations of these (countries). Associations are suspended from all football activities with immediate effect. They know what needs to be done for them to be readmitted or for the suspension to be lifted,” he said.

FIFA suspended the two countries’ associations after their governments pushed aside the associations’ leaders.

FIFA has maintained that the allegations should be investigated internally rather than by governments taking over.

“It appears FIFA does not recognize the laws of Zimbabwe insofar as they relate to corruption and sexual harassment,” he said. “Its demands for reinstatement constitute an interference with statutory obligations of SRC as well as the judicial processes of the country.”

Officials in Zimbabwe suspended ZIFA in November on allegations of corruption, incompetence and sexual harassment.

Authorities accused ZIFA officials of diverting funds from FIFA and the government for personal use and of seeking sexual favors from female players and employees.

ZIFA’s suspended board deny all the allegations and in December called for a probe of the Sports and Recreation Commission, saying it was conducting a “witch hunt” under the guise of cleansing football.

A ZIFA lawyer declined to comment on FIFA’s suspension, saying they were still digesting the statements by the football governing body and the sports commission.

“Now that that request has been granted, it is interesting to see what will become of the same because what this simply means is the suspended executive committee cannot operate,” Chizuzu said.

Zimbabwe sports commission’s Mlotshwa said the football association’s board will remain disbanded, and the SRC will continue to run it, despite FIFA’s suspension.

“We have a well-considered road map in Zimbabwe for the reform of football administration in Zimbabwe,” Mlotshwa said. “In the meantime, domestic football will continue as normal throughout the country with the support of the SRC. ZIFA executive committee and its general secretary will remain suspended. Football in country will be reformed for the benefit of all stakeholders, with or without the assistance of FIFA.”

While suspended, Kenya and Zimbabwe will not receive any funding from FIFA, and their football teams will not be allowed to play in any matches organized by FIFA or the Confederation of African Football. 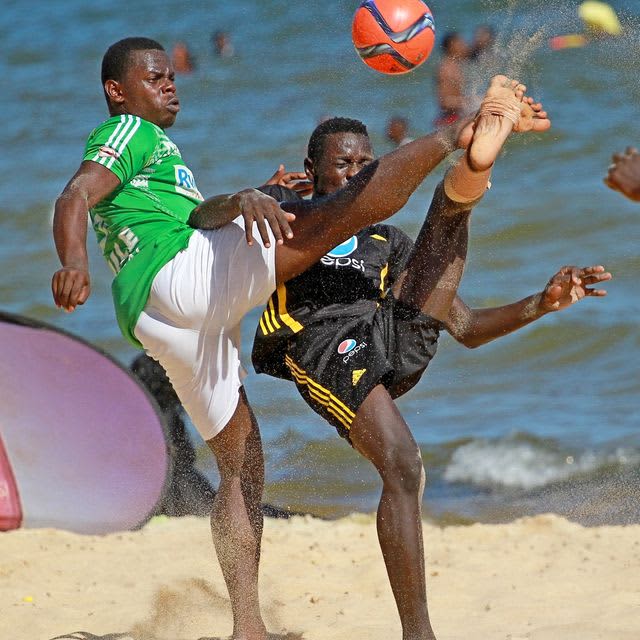